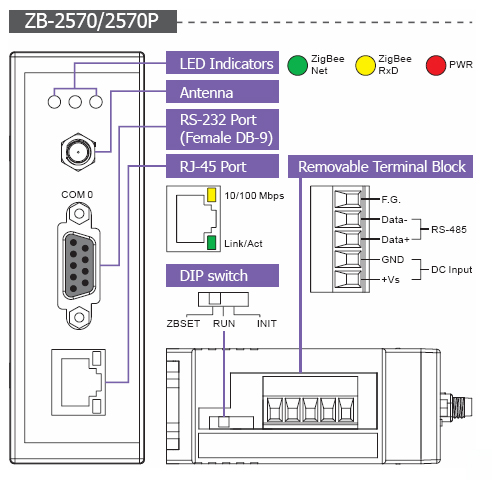 User-friendly interface
A Windows compatible GUI configuration utility is available. Only four steps are required to set the ZB-2570/2571/2570P/2571P and then it is ready for use. The utility allows users to set different operating modes based on the type of application, and several of the required ZigBee variables such as PAN ID, etc.

What are the benefits of using ZigBee?
ZigBee is a specification based on the IEEE 802.15.4 standard for wireless personal area networks (WPANs). It is targeted at applications that require secure networking as well as high flexibility for network expansion anytime new nodes are to be added. It is also widely used in the industrial control field, in hospitals, labs and in building automation. Three topologies are defined in the IEEE 802.15.4 standard: Star, Cluster Tree and Mesh. The typical transmission range for the 2570/2571 is 100 m, and the 2570P/2571P is 700 m. 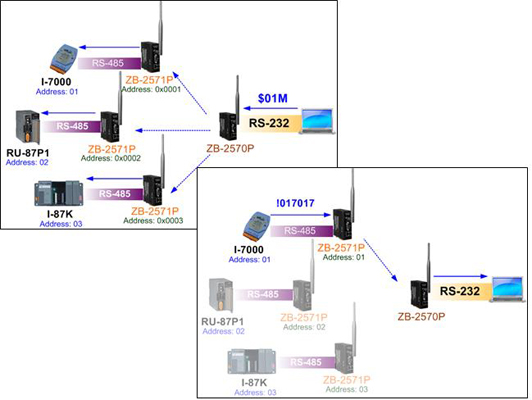 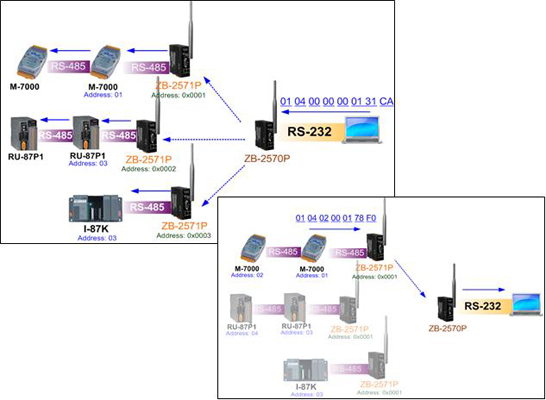 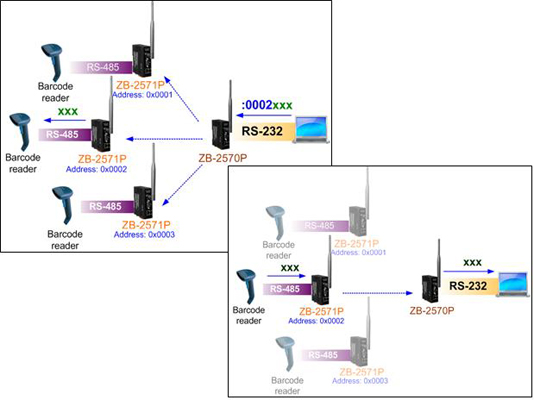 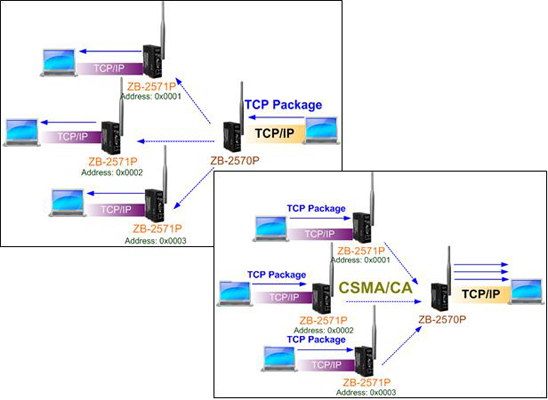 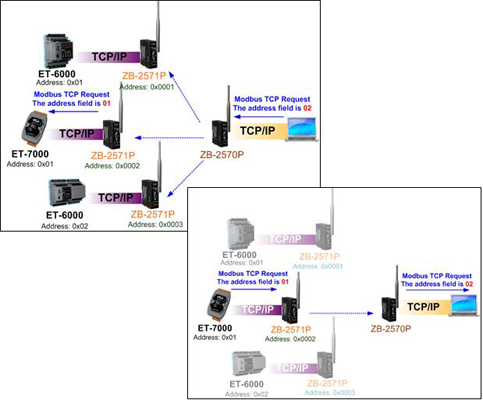 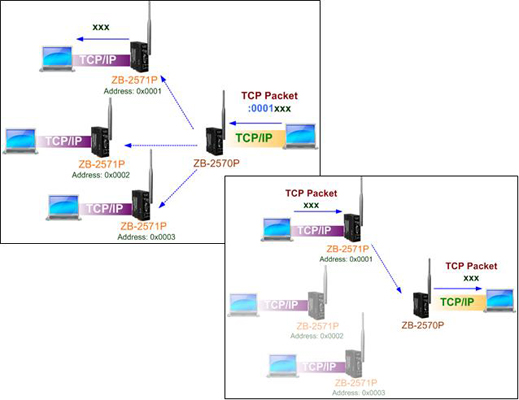 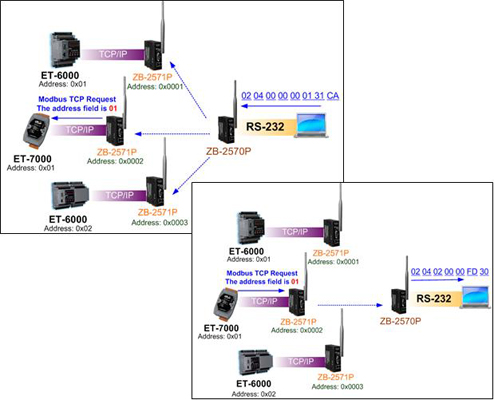 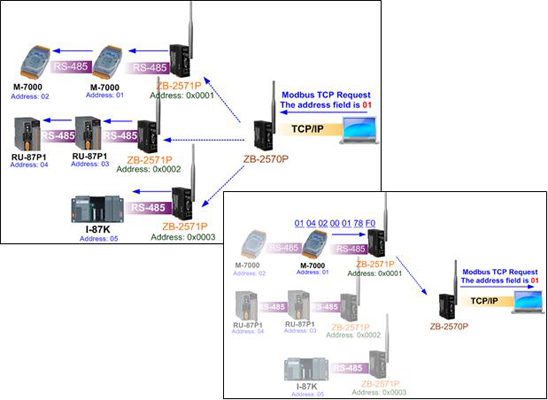 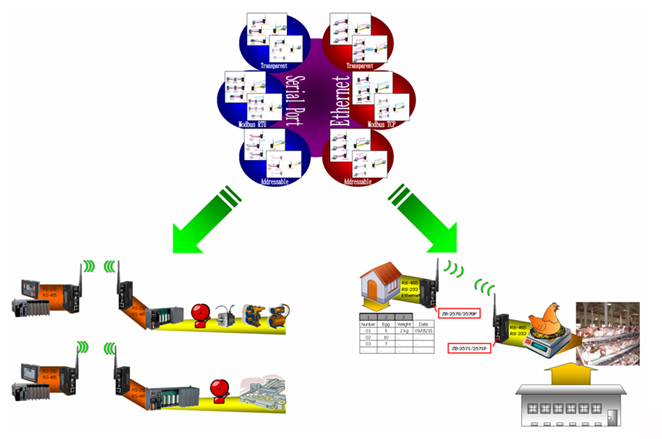