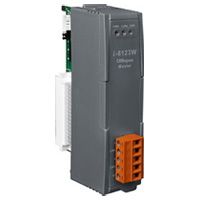 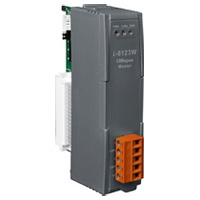 The CAN (Controller Area Network) is a serial communication protocol, and efficiently supports distributed real-time control with a very high level of security. It is an especially suit for networking "intelligent" devices as well as sensors and actuators within a system or sub-system. In CAN network, there is no addressing of subscribers or stations in the conventional sense, but instead prioritized messages are transmitted. As standalone CAN controller, I-8123W can represent an economic solution of CANopen application and be a CANopen master device in the CAN bus on the CANopen network. It follows CiA standard specific DS-301 v4.02 and several communication service functions to communicate with slave devices. It has an independent CAN bus communication port with 5-pin screw terminal connector, and has the ability to cover a wide range of CANopen applications. Besides, I-8123W uses the CAN controller Phillips SJA1000T and transceiver 82C250/251, which provide bus arbitration, error detection with auto correction and re-transmission function. It can be installed in WinPAC, ViewPAC, XPAC now. It is popularly applied in the industrial automation, building automation, vehicle, marine, embedded control network and etc. In order to expand the CANopen functions of ICPDAS products, I-8123W module is developed for this purpose. 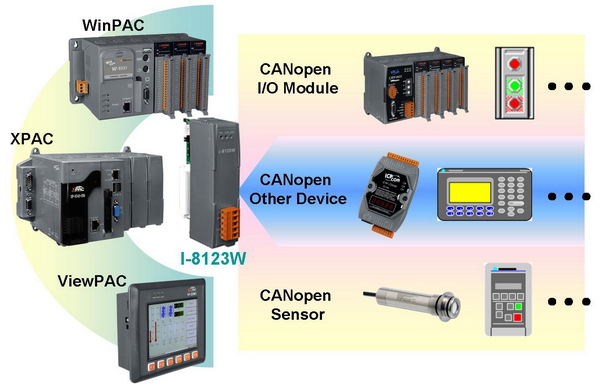 The CPMUtility utility can easily to access the I/O data of all the slave devices. The users can monitor the input data of the specific slave device and change the output data to the remote slave device with this utility.