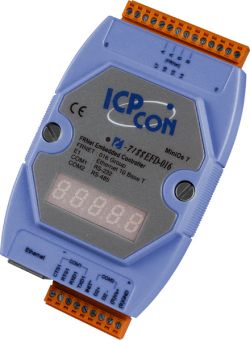 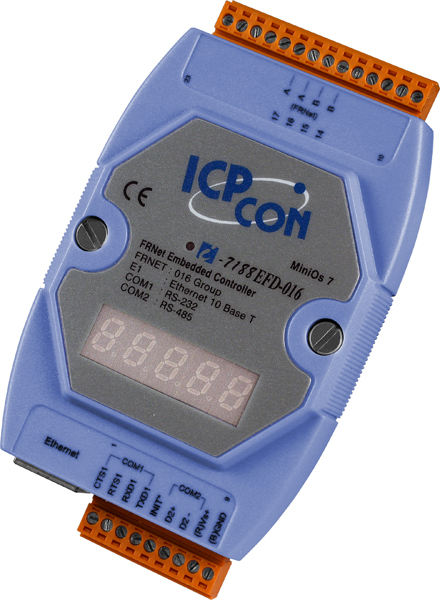 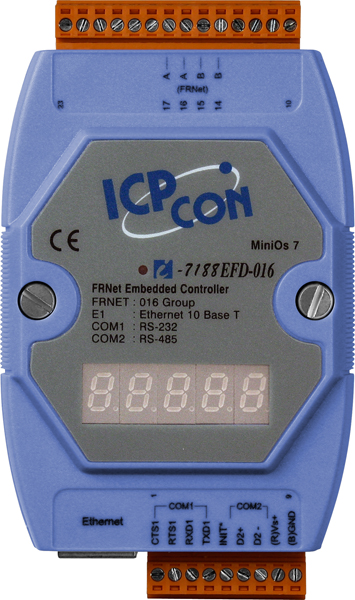 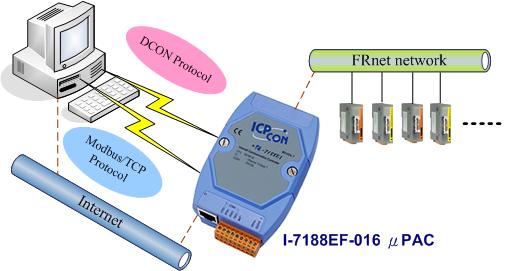 MiniOS7 is pre-installed on I-7188EFand is ready to run your C software programs. In addition to being used as a converter, I-7188EF-016 series can also be programmed as an autonomous controller to control distributed FR-2000 I/O modules via FRnet.

Compared to PC-based and PAC-based FRnet control system, the uPAC I-7188EF, is much smaller and cheaper. AS a result of the special features of FRnet, such as real I/O synchronization and fixed scan time, the I-7188EF includes PLClike control functions. Because FRnet is so easy to program, users need only take a few minutes to learn FRnet I/O programming.

The I-7188EF has an Ethernet port, meaning that all FRnet products can be controlled via an intranet or Internet. It also has an additional RS-485 port to control our I-7000 data acquisition modules. Using the I-7188EF, thousands of I/O control system channels can be easily implemented. the optional extended flash memory of I-7188EF can record all I/O status events for a greater length of.