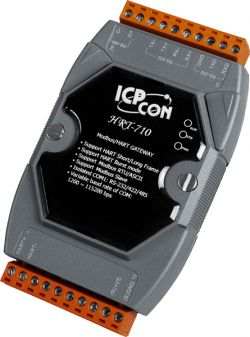 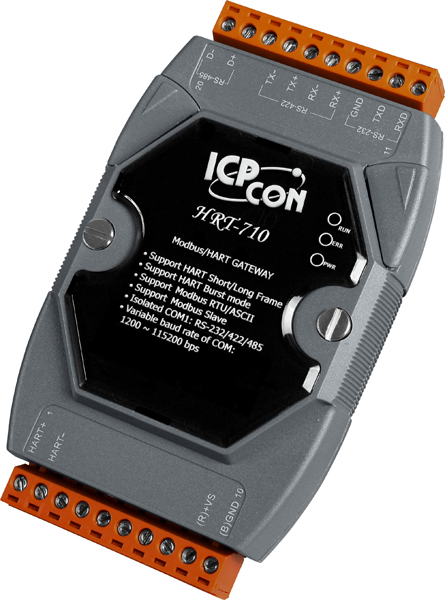 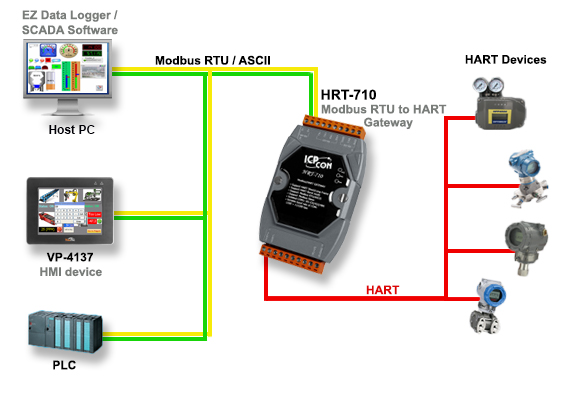 HRT-710 Modbus RTU to HART Gateway is allows a Modbus master to access HART devices on HART networks. HART devices commonly used with HRT-710 are transmitters, actuators, flow meters and instrumentation equipment.   HRT-710 comes with a software utility software for fast and easy configuration.  With the HART-710 HART to Modbus converter, you can interface their HART devices with Modbus networks and convert HART to Modbus very easily.

Modbus is a widely used protocol that was developed with industrial applications in mind. HART protocol was developed for measurement applications. The HART-710 HART to Modbus gateway allows Modbus devices to be incorporated into HART networks.

The HART (Highway Addressable Remote Transducer) protocol uses the Bell 202 Frequency Shift Keying (FSK) standard to superimpose digital communication signals on the 4-20 mA loop current shown as below figure. HART communicates at 1200 bps without interrupting and interference with the 4-20mA signal and allows a host application (master) to send/receive digital information from a smart field device. The 4-20mA signal communicates the primary measured value - the fastest and most reliable industry standard. The digital signal can be used for additional device information including device status, diagnostics, additional measured or calculated values, etc. Therefore, the HART communication including analog and digital information provides a low-cost and very robust complete field communication solution that is easy to use and configure. HART is a master/slave protocol which provides for up to two masters (primary and secondary) and the secondary master such as handheld can be used to monitor/control the information of HART bus. HART can be used in various modes such as point-to-point or multi-drop for communicating information to/from smart field instruments and central control or monitoring systems. The following are the description of two main HART operation modes. 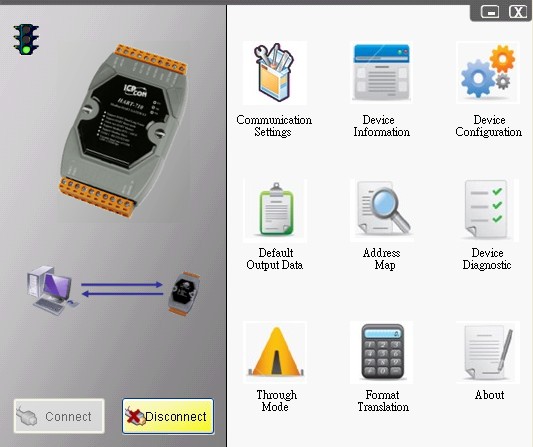 Only the following Modbus commands are supported by the gateway.