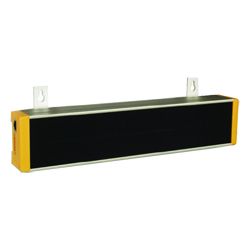 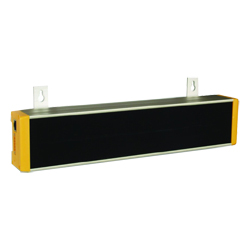 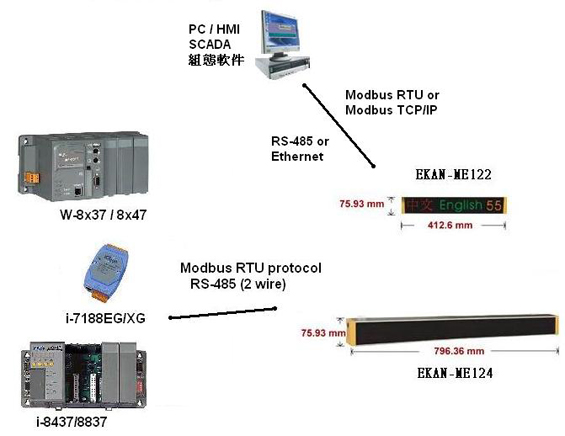 LED displays are seen everyday as building communication system, transportation information displays, for advertising in front of the store. Due to very limited functions and difficult-to-use, LED display isn't so popular and widely used. Our innovative EKAN series LED display overcomes those drawbacks of traditional LED display and open a new Era of Visual Management Communication. The EKAN display can help the manager communicate with employees anywhere and anytime.

Visual Communication can be Bi-Direction 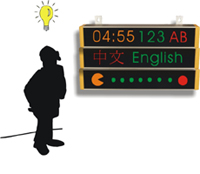 Since Master-type EKAN embedded a μPAC (Programmable Automation Controller), many devices can be connected, such as keypad, Barcode reader, card reader, and temperature-sensor, PLC... etc. All those devices can upgrade EKAN display from one-way communication to bi-direction communication. 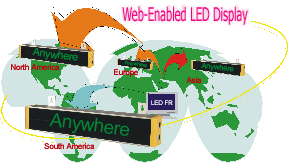 As a manager, it is not easy to communicate with the employees effectively. Especially when the industry environment is so noisy and the space is so huge. Our EKAN display should be an excellent choice to help the manager communicate with employees in real time.

The EKAN displays provide several fieldbuses to interface with your manufacturing systems. It displays "must know" production information. Relevant and important mission critical data is disseminated not just to employees at remote workstations, but also to the entire production line team. We provide a Dlite SDK for system integrators. This software's userfriendly feel will ensure that it can be seamlessly implemented into your facility's communications system.

Traditional LED display is usually a proprietary system and provides very limited function for customer. Our master-type EKAN embedded our I-7188 controller and inherits all advantages of I-7188. The I-7188 is an open and TCP/IP ready environments,user can develop their own software on that. Since I-7188 supports Ethernet, FRnet, RS-232 and RS-485 bus, it can communicate with RS-232/485 devices or our remote I/Omodule, such as I-7000, I-2000 and I-87K via RS-485 or FRNet. 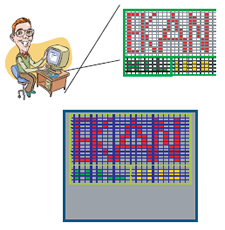 The EKAN display uses memory-mapping mechanism to control LED displays, which means every physical dot on the LED displays corresponds to a virtual dot of the memory arrays, so you can easily divide a physical display into any numbers of virtual display region. Because each virtual display region can display its own message with its own message type and message effect, the user can easily combine several elements such as real-time data, moving message and animations on a single physical display.

We provide Dlite EKAN display. The Dlite SDK is designed for those customers looking to customize their version of our display control software.